Canada, the home of mouth-watering poutine, is definitely promising for anyone. The country is blessed with lots of wonders that can leave you mesmerized with a desire to get all the adventure (which often leads you to spend), but even with this beauty, emanates a curiosity for determining the cost of living. Now, the cost of living in Canada is one important thing you must consider before moving to the Great White North.

And in all honesty, the cost of living in this beautiful country is solely dependent on your lifestyle, family size, and the area you decide to live in.

This is one reason why it is recommended to stick to a budget because you will be lost in the labyrinth of all its splendor, and this could lead you to spend more.

However, according to Expatistan, the average cost of living in Canada per month for a family of four is C$5,121 and a single person’s monthly living expenses are estimated to be C$2,692. With this, you have an estimate, but your lifestyle, most importantly, informs your total living expenses in Canada.

Toronto is the most expensive city in Canada, and according to Expatistan, one will need C$3,503 to comfortably live in Toronto. This surpasses the average Canadian standard of living for a single person as estimated by Expatistan.

However, if you are planning on moving north to Canada, you will be most concerned about knowing what the cost of living by cities would be. So, here is a chart that elucidates the cost of living in Canada by cities. It is pertinent to note that the figures used in the chart were obtained from Expatistan’s cost of living for these cities per person (a single person living expenses).

This puts you on the right path and gives you the foreknowledge you need. So, here is a list of ten expensive and cheapest cities in Canada.

Cost of Living in Canada vs US

The United States and Canada are two beautiful countries with plenty of seeds of opportunities sprouting. However, regardless of how developed both are, their cost of living is not expected to be the same. A comparison of these two countries in the area of living expenses by Expatistan has shown that the United States is 7% more expensive than Canada. Though this is a fact, the overall cost of living could reduce or shoot up depending on one’s lifestyle, one’s choice of apartment, location of one’s apartment, and other factors. Nevertheless, the data provided by Numbeo states that the average monthly cost of living for a person in the United States (without rent) is C$1,167.68 ($930.46). Conversely, the average monthly cost of living in Canada is C$1,115.22 ($888.55).

The most important thing to remember when considering or comparing the cost of living between two countries is that if one sticks to a practical and realistic budget, one can make end meets in any country. And also, it depends on the city one decides to reside in in the new country.

Cost of Accommodation in Canada

In cities like Montreal, the cost of a property could be as low as C$405,740 but it all depends on the type of property you intend to purchase.

Canada has a universal healthcare system. Although it is tagged ‘free’ it still doesn’t guarantee a 100% free treatment. You still have to pay through taxes. Canadians spend an average of C$6,000 yearly to sustain their free public health coverage. As an expat, you need to pay for private insurance premiums since free healthcare is only available to Canadian citizens and permanent residents.

According to Monster, the average cost of private health insurance coverage in Canada for an individual female per month is $80. However, the overall cost of health is dependent on the private insurance provider you decide to use. Also, in the area of medication, most drugs are surprisingly cheap in Canada but they’re also some drugs that are expensive in Canada, for example, Myozyme (alglucosidase alfa) costs about C$620,000 annually per patient.

Cost of Food and Utility

The cost of food in Canada varies from city to city and it depends on the exact food you want to buy. For instance, the cost of twelve large eggs in Toronto costs C$4.06, whereas the same twelve large eggs cost C$4.50 in Montreal according to Expatistan.

According to Numbeo, the monthly cost of the internet (60mbps or more) in Ottawa ranges from C$51.00 to C$110.00. So, the cost of food and utility varies from city to city or from province to province.

Canada has a free basic and secondary education system though it isn’t entirely free because you will be required to pay for school uniforms and field trips. However, even with free education, a lot of people prefer to opt for private education, which is often more organized.

Regarding the educational expenses, it is influenced by the location of the school, the grade your child is in, the type of school or institution. For example, if your kids study in a day school, the cost could be lower when compared to a boarding school. Also, if the school is a religious institution, the tuition fee would be lower compared to other institutions. From a locational angle, if your kids study in Toronto or Vancouver, the cost could be extremely expensive.

The cost of education for an elementary school in Canada is usually below C$5,045 per year. In Canada, the cost of education seems to skyrocket when it comes to international students because free basic and secondary education is only available to residents. Most high schools will require an international student to pay between C$8,000 and C$14,000 as tuition yearly. As regards university education, Canadian universities are not as expensive as most universities in the US.

When considering the cost of living in Canada, you might probably have asked yourself, how much does it cost to move to Canada? And how much does it cost to live in Canada? These questions have been answered in this article but it is important to remember that the cost of living depends on the city you choose to live in, your lifestyle, and your choice of education or school.

Also, the figures or costs mentioned in this article are termed ‘average’ because the cost of living could be higher or lower for you. It all depends on you!

What is the average cost of living in Italy in US dollars?

Is it expensive to live in Canada?

Canada, when compared to the US and the UK, is not expensive to live in. The cost of living comparative analysis as stated in Expatistan proves that the cost of living in Canada is 8% cheaper than in the United States. Also, according to the World Population Review, Canada ranks as the 28th most expensive country in the world in the 2021 rankings. 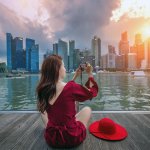 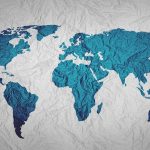 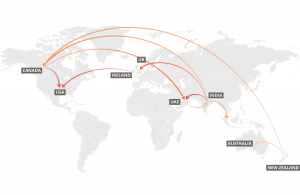 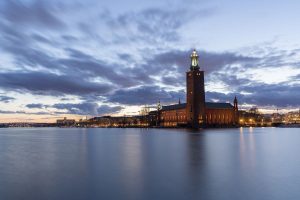 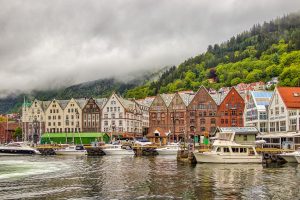